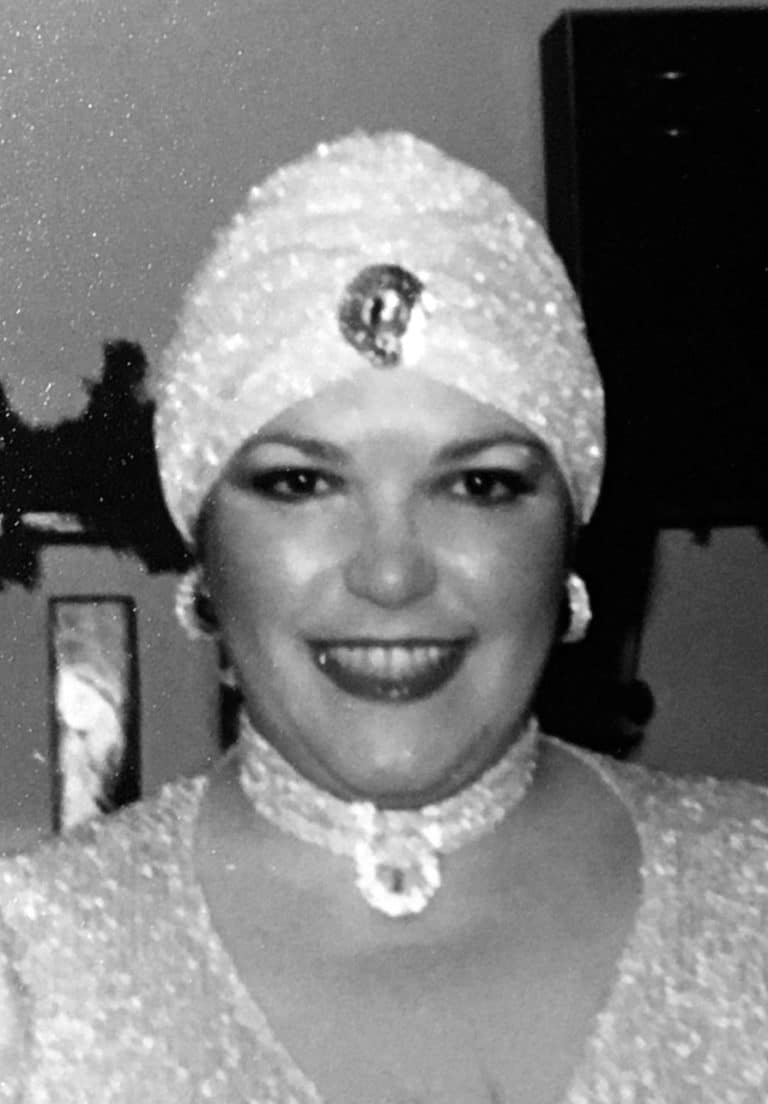 Loretta was born and raised in Bristol, PA. and has lived in New Hope for 45 years.

She was a hairdresser and worked in a hair salon for 25 years. She said she came to town because of her friend Alex Febles, who owned Grownups Adult Boutique. She was working part-time for Alex and when Loretta turned 40 he offered her a full-time job, an offer which she could not refuse. She retired from her hair salon in 1988. Loretta ran Grownups for Alex until after his passing. She then opened her own Adult Boutique in 2008, “Surrender” which she still runs to this day in New Hope.

Loretta’s love of retail and helping customers made her happy and she said New Hope made her “feel accepted and respected as a business woman.” She said she felt “honored” to be part of the community.

Loretta used to frequent the Cartwheel, the Prelude and Menagerie 3. She recalled after leaving work, going to practice for the shows at the Cartwheel, put on by her friend John Barocas. She helped make the sets, do costumes and wigs and performed in the plays too.

Loretta fondly remembered Mother, Joe Cavallucci. She said at the height of the AIDS epidemic, Mother was always collecting $5 donations to help those in need. Loretta said so much money was given by various donors to help without ever being asked. She recalled having the AIDS quilt on display in the store window and that is one of her finest memories.

She recalled having surgery herself and while recuperating, someone was always bringing her food and staying with her. It was a special place where everyone came together.

Loretta said, “For me New Hope is not about who you sleep with, what you believe in your heart or how much money you have in your pocket. It matters that you are a person. In times of crisis everyone puts their differences aside and steps up to the plate and helps.”

She said she has seen this so many times. Loretta said, “For the people I have met in this town, the fun, the ones we have said good-bye to that have broken my heart, I wouldn’t have traded it for a minute.”