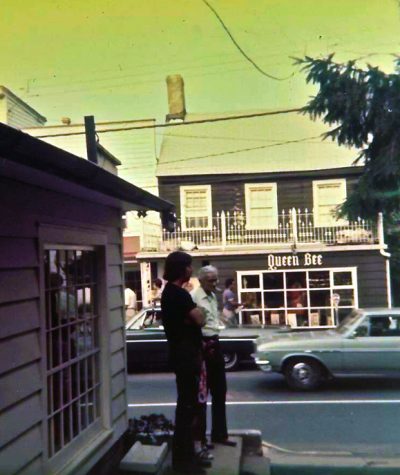 John & Peter’s is the oldest continually owned music club in the country, this venerable New Hope nightclub features live performances 7 days a week – 365 days of the year and twice on Saturdays and Sundays.

Since its inception in 1972, John & Peter’s has been home to some of the most talented musicians playing today. Committed to bands who play original music and to patrons who come to listen, this intimate showcase club remains a mainstay in an American music tradition – a favorite of locals and a must stop for music lovers. “A local landmark in music.” – Philadelphia Inquirer “The musical heart and soul of New Hope.” – Bucks County Courier Times

“John & Peter’s is a rarity… fresh and hot, offering the latest sounds from promising young bands – it’s like a hip coffeehouse in the era of the flower children.” – The Allentown Morning Call“…you felt like you were part of a heritage. Just being allowed to play there was a privilege.” – Grammy award winner Julie Gold – From A Distance

Times may be changing, but we are dedicated to what we do. You can get music anywhere these days – your phone, the Internet, TV, or any of the new venues in the area – but chances are you will hear it first, and best, right here at John & Peter’s.