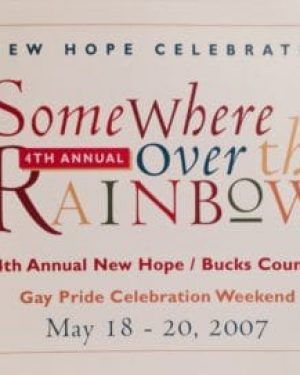 New Hope Celebrates (NHC), Bucks County’s premier GLBT pride marketing organization, hosted its annual Sponsorship Kick-Off event on December 4 at Triumph Brewing Company in Union Square, New Hope. The goal of the sponsorship event was not only to raise money and participation for the 5th annual pride weekend, May 16-18, 2008, but to increase awareness of the organization’s impact on tourism in the region. The event drew approximately 120 members of the New Hope-area business community and garnered the necessary dollars to cover expenses for the wide variety of activities slated for the organization’s upcoming year.”The attendees were overwhelmingly supportive, and impressed by NHC’s proven track record for driving tourism to Bucks County,” explains Gary Scibelli, who is along with Al Troglio, NHC’s Development Committee Co-Chairman. “We are thrilled that the general operating budget for the pride weekend is nearly taken care of so that we can shift our focus to raising money directly for charities that benefit the gay and lesbian community.”

The kick-off featured NHC’s first-ever event silent auction. Businesses had the opportunity to bid on various activities and their accompanying promotional value.

Among the auction winners for sponsorship of the May pride weekend events: Steve Kolbo of Addison Wolfe Real Estate for the Family Forum; Edsites.net for the New Hope Pride Parade; The Last Temptation ice cream shop for the co-ed softball game; and the New Hope Inn for the “Decade an Hour” Dance. The New Hope Trolley, OutFo Mart entertainment, and program guides for an upcoming film fest and concert are still available for sponsorship and participation. New Hope Celebrates Youth-the “Sing Out Loud and Proud” concert on May 17-is an evening of entertainment co-sponsored in conjunction with the Rainbow Room, a youth center of the Planned Parenthood Association of Bucks County. The first-ever New Hope Celebrates Film event, currently planned for March 2008, is sponsored by Gateway to New Hope in conjunction with the Philadelphia Film Society.

Also, new this year, NHC introduced various co-op sponsorships that allow small businesses to combine efforts, unifying a business district or retail category while receiving the expanded benefits afforded to sponsors who make larger contributions. All sponsors enjoy tax deductions for their contributions. Daniel Brooks, NHC coordinator, and Emily Irwin, public relations specialist, introduced the audience to NHC’s extensive advertising and promotional program, which encompasses ten geographic areas throughout the Northeast corridor, spreading news of New Hope as a tourism destination. Last year the small but mighty river town, known for its diversity and welcoming attitude, received notice in 62 publications, a radio show, and four TV spots, including a segment on Viacom’s LOGO TV network which was seen by an estimated ten million viewers. With participation for as low as $100, sponsorship is “an amazing amount of bang for your buck,” says Brooks.

The kick-off also informed potential sponsors about the important national and local charities that benefit from the annual pride weekend. As of Fall 2007, NHC has donated nearly $50,000 to such organizations as Fighting Aids Continuously Together (FACT: Bucks County), the New Hope Flood Relief Fund, the Human Rights Campaign, and the Rainbow Room, a youth center of Planned Parenthood Association of Bucks County. While in the past beneficiaries were named by the NHC committee without an official application process, grants are open this year to all who wish to apply, with those most compelling decided by NHC’s development committee.

New Hope Celebrates is a non-profit marketing organization of the retail, hospitality, professional, and local community hosted by the Greater New Hope Chamber of Commerce and endorsed by the New Hope Borough Council. The goal of NHC is to serve the diverse gay, lesbian, bisexual, and transgendered (GLBT) populace in an enjoyable and meaningful manner, conducting entertaining as well as educational experiences throughout the year and culminating with an annual “pride celebration. In addition to collaborations with Planned Parenthood/Rainbow Room and the Philadelphia Film Society, NHC recently joined forces with the Delaware Valley Legacy Fund in co-sponsoring an informational evening on estate planning. 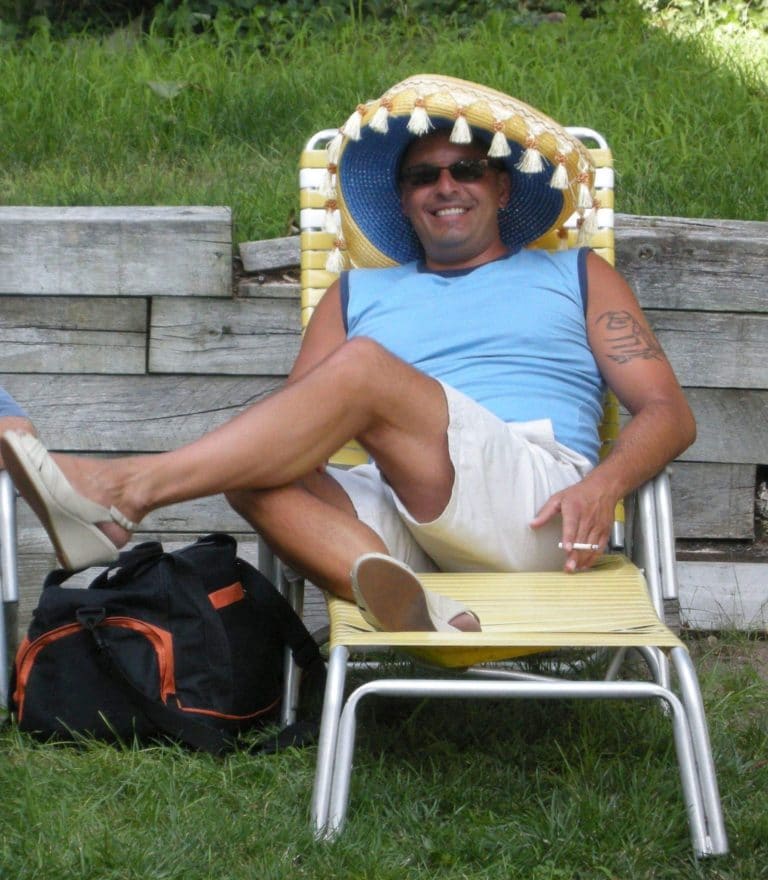 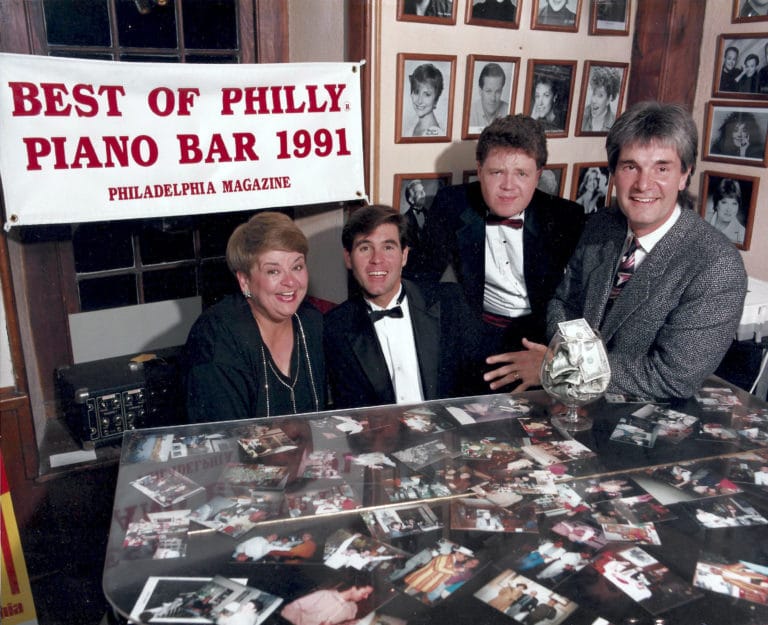 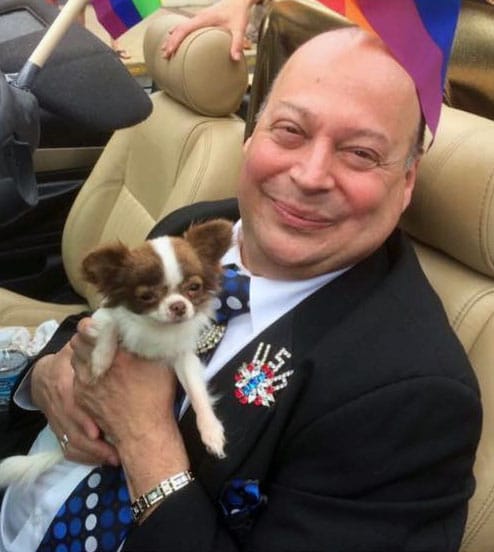 Richard W. Crosby “Ricky” AKA “Rike Paris” 1956 – 2018 On the day of Ricky Crosby’s wake, a rainbow appeared over the Lambertville-New Hope Bridge. 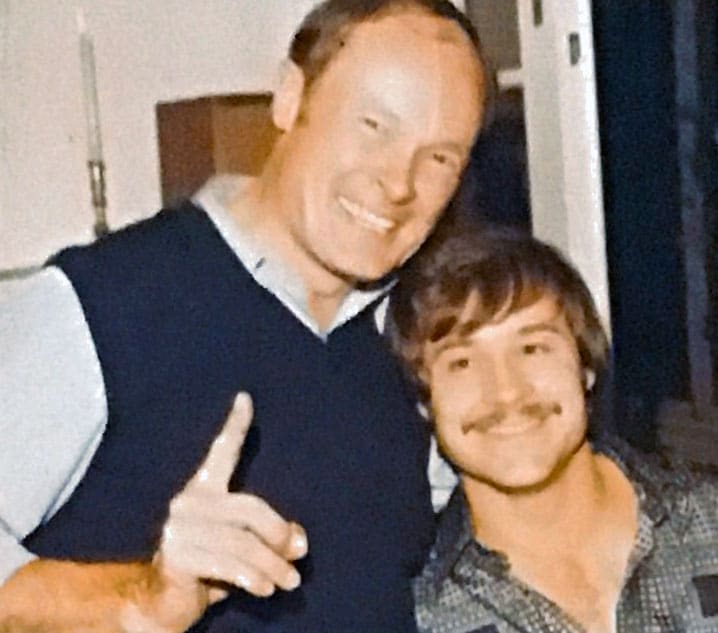