Geri Delevich – A mainstay of the New Hope Community Since 1976 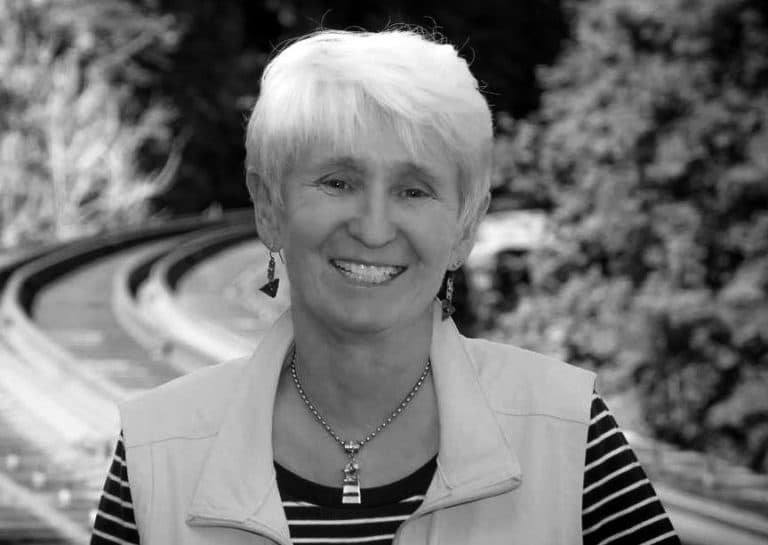 Geri Delevich has been a mainstay of the New Hope community since 1976. She said it was the “magical, remote river town” that first drew her here. Having grown up in Levittown, Pa. and then living in Richboro, it was New Hope’s reputation for embracing differences in people along with a “funky vibrant downtown” and the natural beauty that made New Hope her home.

Geri has had a long and active political career in New Hope and is currently running for Mayor. She has worked tirelessly as New Hope Borough Councilwoman. In 2002, she was instrumental in making New Hope the first borough in Pennsylvania to pass a non-discrimination ordinance in support of the LGBT community. She proudly accepted the HRC award in Philadelphia on behalf of New Hope at a black-tie event.

She said ”My passion for LGBT rights was rooted in the fact that I feared discrimination and as a result was not openly gay and not a member of the LGBT community.” Geri has advocated for LGBT rights, using her influence as an elected official. She has been an ally of the gay community and has worked for equal rights of those treated unfairly. Living in a town that provided an accepting environment for the LGBT community was very important to her.

Among her other accomplishments as Councilwoman was producing Queen for a Day, a fundraiser where drag queens taught straight men how to be a drag queen. She is also the executive producer and co-editor of Embraceable You which premiered at the Bucks County Playhouse and is now on DVD and in a memoir. Embraceable You is a documentary showcasing the diversity of New Hope.

Her accomplishments as Councilwoman are too numerous to mention. Among them are initiating the first outdoor sculpture program, Borough Hall’s green roof, a documentary for the Bucks County Summit of Aging, co-chairing the Bucks County Playhouse Gala committee and advocating for the tile mural project in the New Hope Community Room. Geri also founded HOPE, a community partnership with St. Martin’s Church, Kehilat Ha Nahar and St. Philip’s Episcopal Church.

Besides being in politics, Geri was an award winning elementary school teacher. She said when she first taught, being openly gay was not a viable option. She said, “I love this town for the people who are actively engaged in our community

She met her first partner in Buckingham and had an 18 yr. relationship and they are now best friends. Geri said “falling in love” here was one of her fondest memories. She also added that her house was haunted.

She remains enchanted by New Hope and loves walking through town chatting with shop owners and visiting friends and neighbors. Mother’s Restaurant in the early years was her favorite hangout and now she loves Karlas, The Logan Inn and Martine’s. Geri also loves biking along the towpath. She is a familiar friendly face throughout the town.

Geri said New Hope has the reputation for embracing everyone. “Most important is that you are a good person. That matters most here. Welcoming differences in people is the heart, soul and history of New Hope.”