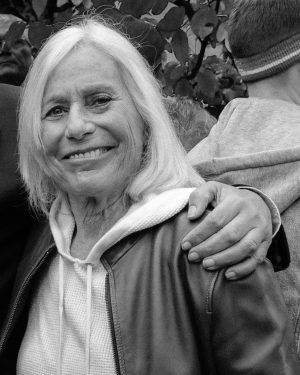 Sharyn Keiser has a long history of service, leadership, and activism as both an educator and a community volunteer. For 31 years she was employed by the School District of Philadelphia as a math and science teacher and then as an administrator. Upon retiring from the School District, Sharyn took a management position at Johnson & Johnson Pharmaceutical Research and Development.

Raised in Abington, PA, Sharyn and her wife Sandy Santello moved from Elkins Park to New Hope when their younger child was beginning her second year of college and their son was in his first year of law school. As a single parent for 14 years, prior to meeting Sandy and co-parenting, she was dedicated to her career and raising her children. Upon moving to New Hope in 1994, she became very active in the community. She was the first vice president of Partners in Progress (PIP) subsequently serving as president. Sharyn also served on New Hope’s Planning Commission, creating New Hope’s first Comprehensive Plan that outlined the progress and needs of New Hope for the next 10 years, all of which were accomplished during her tenure on Council.

Moving to New Hope Borough is a decision for which Sharyn and Sandy are always very thankful. The large LGBTQ +community was definitely an important factor in deciding to make New Hope their home. Although openly gay before moving here, the sense of community we found here and the accepting and cooperative nature of LGBTQ+ residents and our straight allies far surpassed our expectations.

Several of my most gratifying accomplishments in New Hope were being able to influence and support the activities and expansion of the Raven, supporting and promoting the Borough in allowing the street closures for the PRIDE parade, having all the members of New Hope Borough Council and the mayor become members of the Human Rights Campaign, creating pocket parks in the Borough so we could have outdoor activities and gatherings, and performing several large group commitment ceremonies at Ferry Street Landing with both gay and straight couples.

Some of my favorite memories of living in New Hope are the first PRIDE parade. It was so exciting that this little town of 2400 residents was able to organize and have a successful parade and after parties all around town. Another favorite memory is participating with our grandchildren in the first flag unfurling, spanning the New Hope Lambertville Bridge. Taking our siblings and their spouses to the Miss Gay PA Pageant and seeing how much fun they had is a great memory. The extraordinary memories that I have of living in New Hope are endless.

We love living here and are grateful every day that we are fortunate enough to call this wonderful place home. Living here surrounds one with love, acceptance, community, and beauty. New Hope is a most special place. 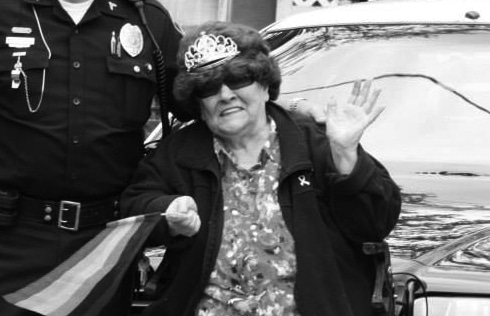 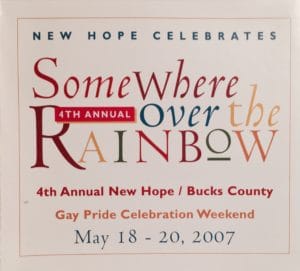 Somewhere Over the Rainbow – CD Cover 2007 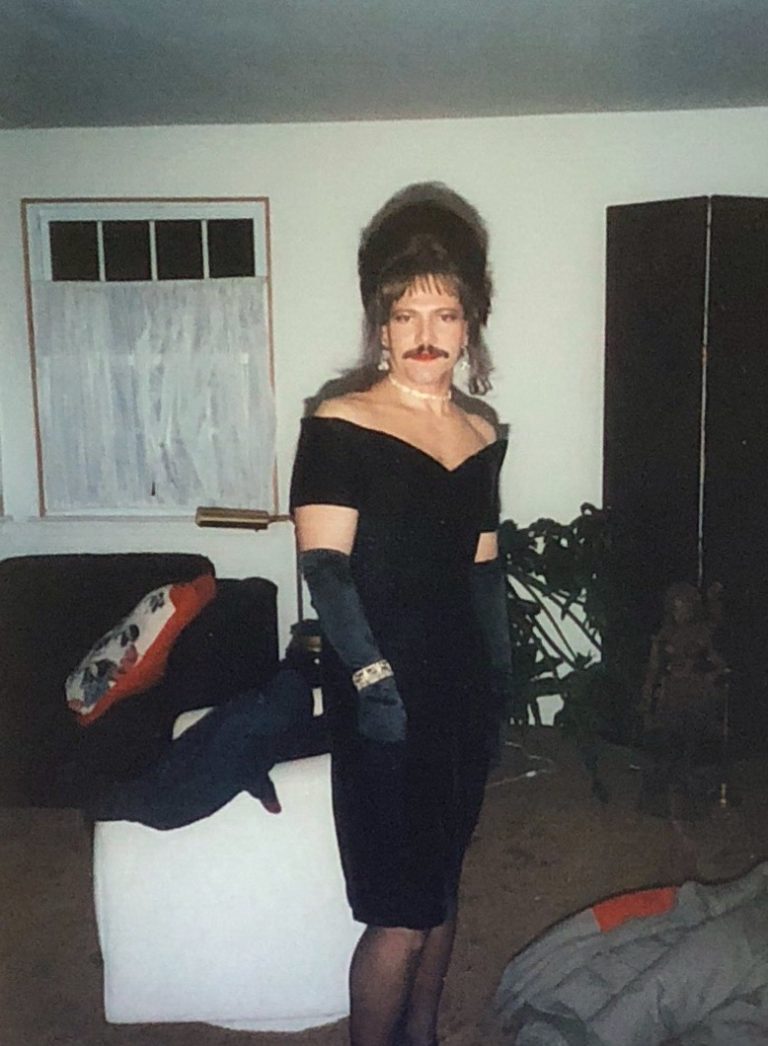 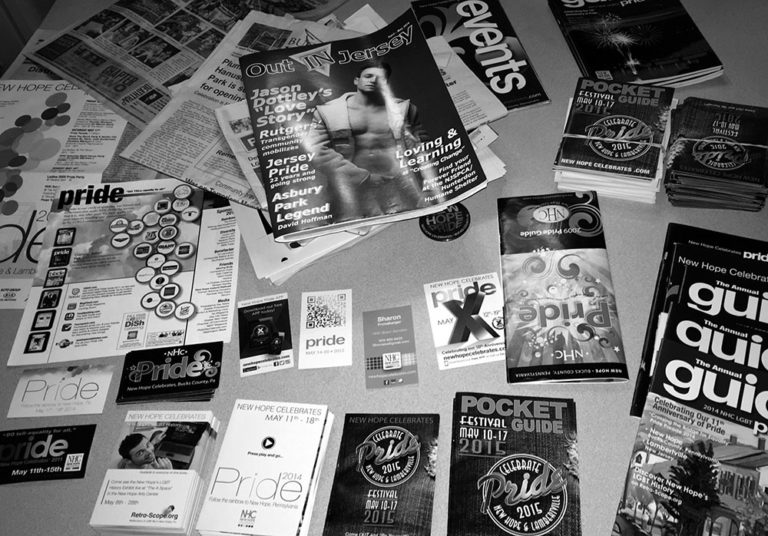 Various printed materials from PRIDE Events over the years. Designed and produced by Gordon Pulaski, NHC Creative Director who started working with NHC in 2009. 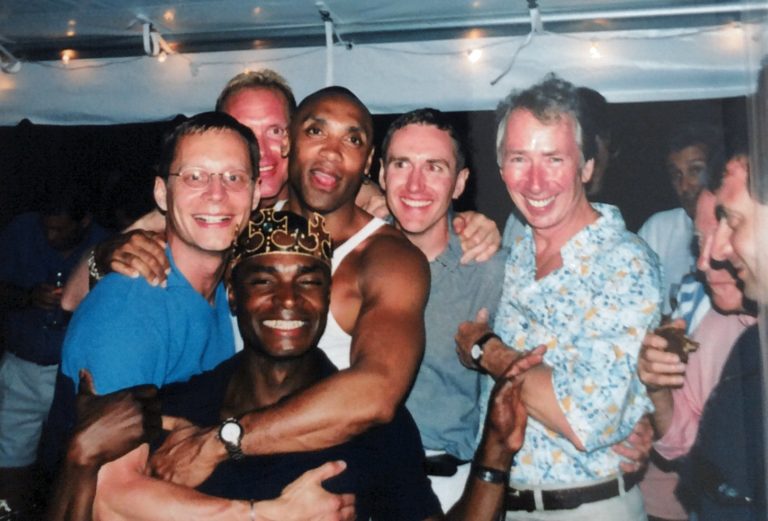