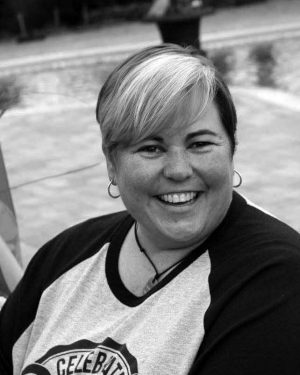 Sharon grew up in a military family and lived all around the world. When she graduated college she planned on moving to Princeton, NJ with her roommate. She had been coming to New Hope during her senior year at college and said she “found it to be a quirky but welcoming place.”  After a falling out with her roommate, Sharon took an apartment by herself and moved in June of 1993. The apartment building was on Bridge Street behind what is now “Olive and Grape”. Sharon said it was akin to “Melrose Place”.

She said the first person to welcome her was Ricky Crosby. “Ricky entered the room with flair and began filling me in on the low-down on all the neighbors, some practical advice about town and told me that I should come see him that weekend at “the club”. As they left, he asked, “So what’s your deal, girls or boys, because if you like boys, we are going to have an issue. He laughed and left me to reflect on that whirlwind of a visit. At that moment, I knew I was home.” It was the start of a 25 year friendship with Ricky. Sharon said, “Most weekend days began with coffee together at his apartment next door – coffee was ready when he would pound on the wall we shared between our apartments.”

She found New Hope to be “unlike anything I had ever experienced.  It was like living in a bubble in the safety of a welcoming community, but still aware of how life was different outside of our New Hope.  To be in an area where we had a local bar that served as a living room for so many, where you could listen to amazing live music for hours on end, hang out with everyone from rocket scientists to construction workers to corporate workers to artists and bikers was amazing.  Plus, we have an amazing artist community and a great LGBT community.”

Sharon now works for Johnson & Johnson as the Head of Diversity & Inclusion, global accountability and metrics. Wanting to be part of the community, she also worked at John & Peter’s and the Cartwheel. It is her strong commitment to New Hope that led to an article by the Philadelphia Gay News in May 2014 entitled Sharon Fronabarger: Finding her home as the unofficial mayor of New Hope. She volunteered for different events and nonprofits. She held several positions on the Board of New Hope Celebrates, served as the second President and remains on the Board today.

Although she travels for work, Sharon said,” I feel I can be myself here.  This anchors me to the community even though my work frequently takes me away from the area.” She met her partner Tara Buske in New Hope and her long-time partner and ex-wife Jennifer Wohl.

Sharon said one of her favorite memories is the blizzard of 1996.  “Town was shut down except for John & Peter’s.  It was a Monday night and drag show night at the Cartwheel.  Arrangements were made and the show moved to J&Ps for the night and somehow all the locals made it to town. I believe we actually called people using landlines and some sort of phone chain.  As it would happen, the locals got cabin fever after a short period and everyone descended upon J&Ps.   Monica Ray in all her finest put on a fabulous show with her cast of characters.  Bernie and Chef Carl dressed in drag, but did not perform.  The Mayor, Police and Fire Chief all attended.  She looked amazing in her Oscar the Grouch fluffy coat.  I believe we had to drag her home in a trash can (confirmed by Pumpkin).  The party lasted for 3 days.”

Sharon now enjoys attending events at the Playhouse, dining at Marsha Brown’s, Martines, Blue Moose and grabbing cocktails at Havana, John & Peter’s and the Raven. She said, “I am thankful every day to live in such an amazing area.” 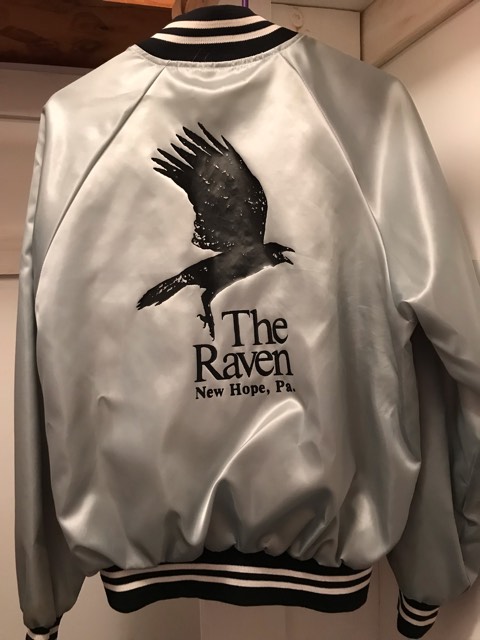 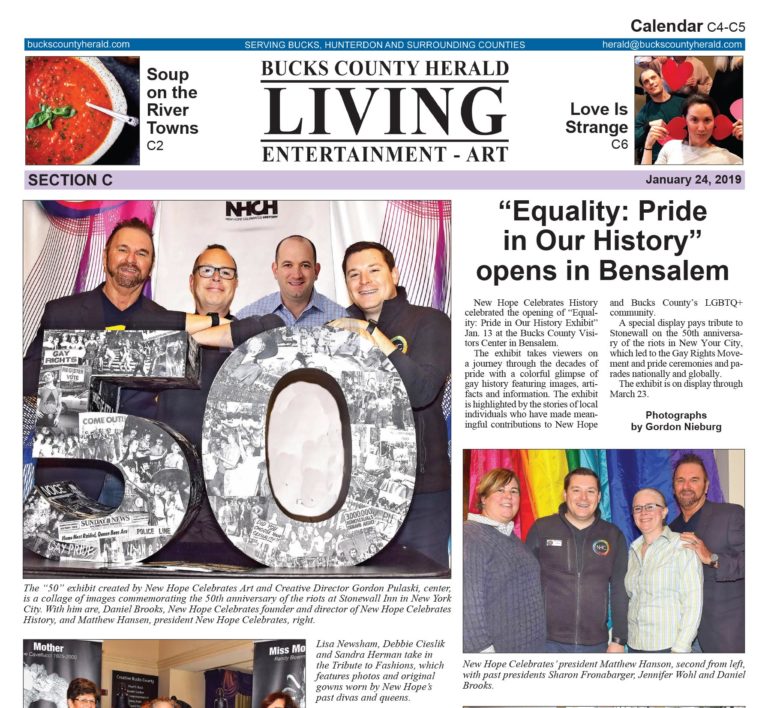 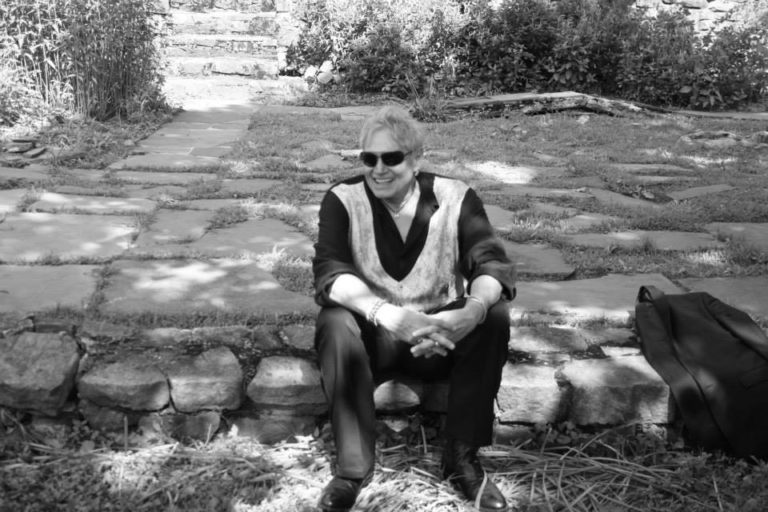 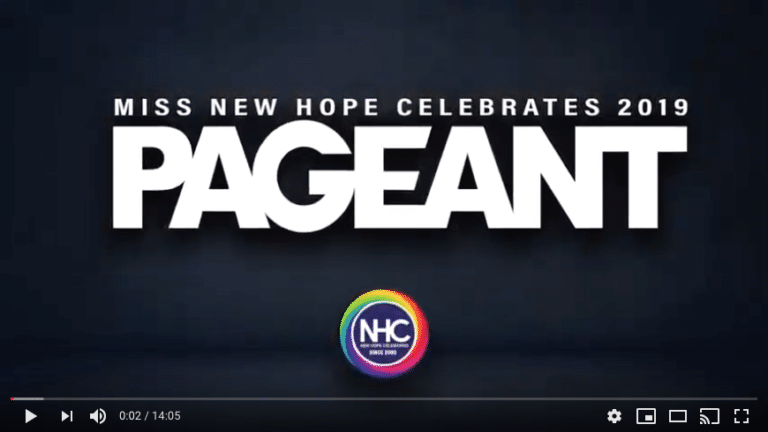 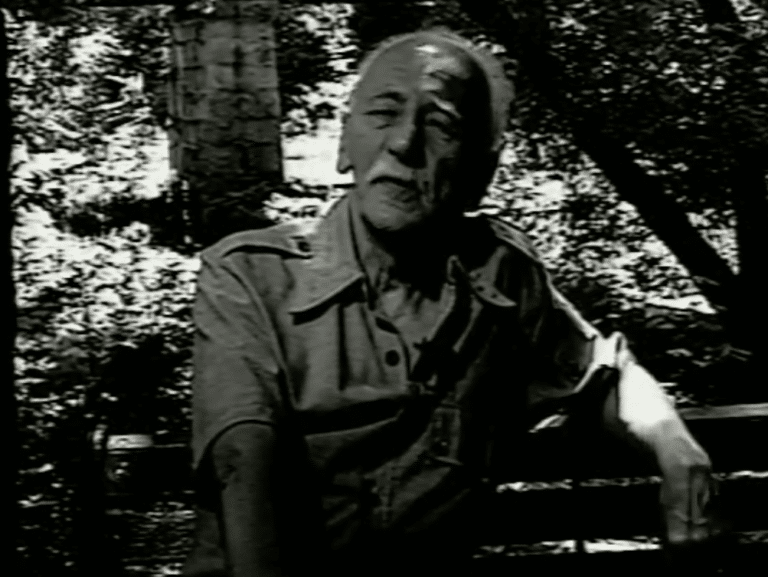