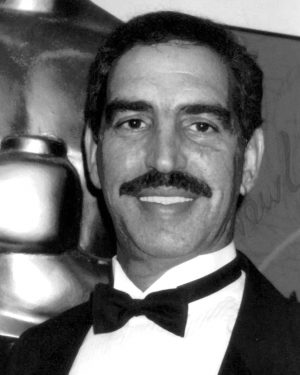 Once named “Man of the Year” by New Hope Chamber of Commerce, Herb Millman will always be remembered to those in New Hope and even those who came to visit.

He first came to New Hope from New York in 1991 and stayed at the Raven. Herb was then Vice-President of City Cinemas and ran a dozen first-run movie theaters in Manhattan. He had served in the US Navy.

After deciding to move here, Herb and his partner John Dwyer bought a home in New Hope in 1992. They were the first gay couple to be married in 2014 by Mayor Keller in New Hope.

They opened Cockamamie’s antique store in 1996, famous for its art deco lighting. Herb was an expert in the field, publishing books on the subject, and having people from all over the world buy their lamps. He owned the store until May 2017.

Despite his fame, Herb could always be found sitting on the steps of his store, ready to lend an ear to a friend. His husband John said, “If you bought something from him a decade ago, he would remember your name, what you bought and how much it cost him and how much you paid for it. But, even greater than that card trick of ability, he remembered if the last time you weren’t feeling that well. As a friend, before there was Facebook, he remembered your birthday and would call you. If sick, he would check up on you.”

Herb was President of the New Hope Chamber of Commerce for 4 years and was the record holder for raising more money for the chamber than in all its years of existence. With John, they raised money through events like Queen for a Day and New Hope’s Dancing with the Stars, the Arties, and the New Hope Arts Festival. They produced New Hope’s first Halloween Drag Race.

When he lived in New York, he raised money for several charities including the Sunshine Foundation and AMFAR (The Foundation for AIDS Research).

With his love for the theater, Herb wrote reviews of Broadway Plays for the Bucks County Herald.

Always smiling, he was a fixture in New Hope until his passing in 2017. His memorial tribute read,” The absence of Herb Millman by our community was immediately felt when he unexpectedly passed away this year of heart failure. Ironic, as Herb was ALL heart in his affection toward New Hope and keeping its traditions alive.”

Writing the book on Art Deco 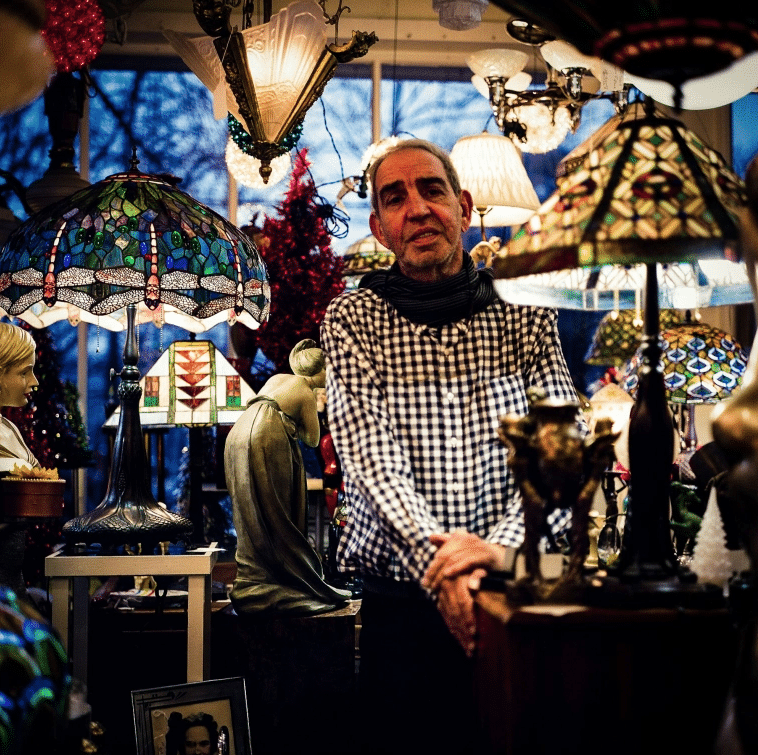 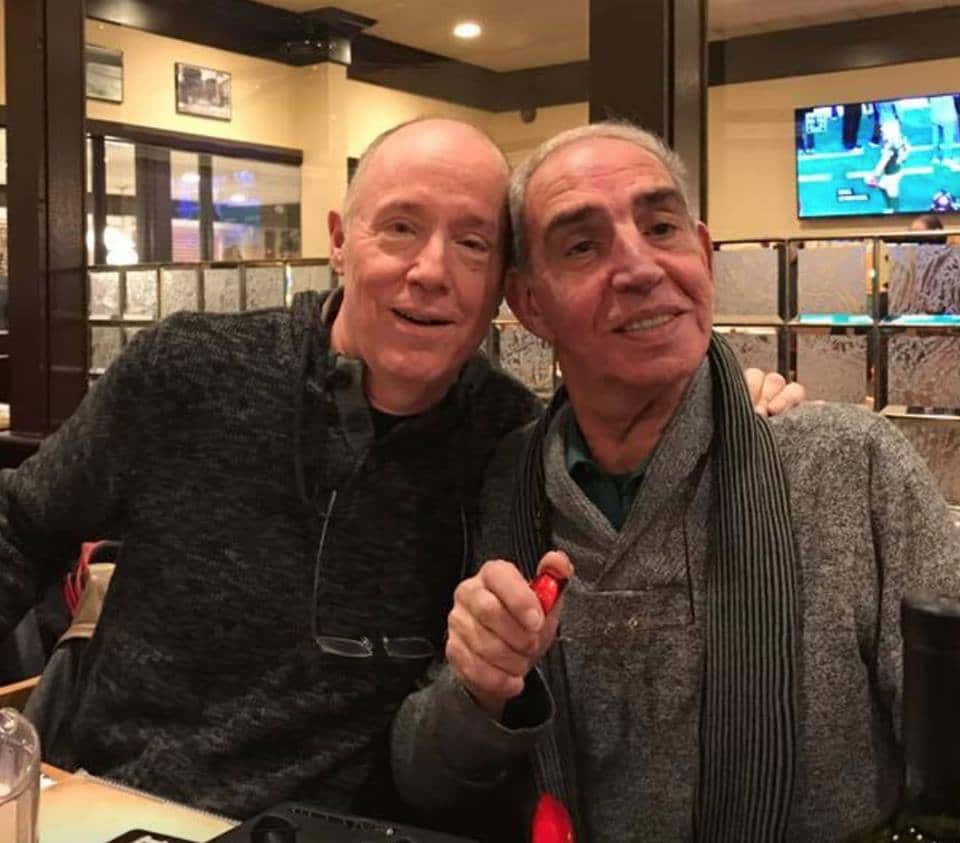 Herb Millman wrote the book on Art Deco lighting. In fact, he wrote two. Owner of Cockamamie’s in New Hope, Pennsylvania, Herb is an institution in the world of antique lamps. He has shipped radio lamps, TV lamps, table lamps, and boudoir lamps to clients all over the world. Now, he is retiring from his Main Street shop to focus on writing his third book. “Radio lamps used to sit on top of the radio back in the 1930s when the family would sit around listening to Captain Marvel or whatever radio show,” Herb explains. “The only light in the room came off the radio lamp’s globe. When they came out with TVs, you were looking at a picture tube. So, with a TV lamp, the light would come from behind it. When you were watching a TV picture, the lamp would not be distracting as it would be with a globe. Those would be like 1948 until 1955, maybe 1960 at the latest. Then the accent lamps would go in the corner of a room, the boudoir, the bathroom, the bedroom. It was just a nice little lamp on the side. Then you have the boudoir lamps which would be on vanities and when women were putting their make-up on, there would be one on either side of the mirror. And then you have your traditional table lamp.” Herb’s shop is set up like a museum of his personal collection. When he buys a new antique lamp, he brings one from his home to his shop so he has the space to enjoy his newest find. It is a time warp to the era of beautifully decorated theater lobby lights to Tiffany inspired table lights, art deco ashtrays, and statues. “There is a place in Manhattan, on Madison Avenue, called the Macklowe Gallery, and I have been in there because I was on QVC selling Tiffany inspired lighting, so that got me an introduction to the owner of the Macklowe,” Herb says. “It is by appointment only. The general public does not just go in there. They have lights that are $300,000. It was an amazing experience. They wouldn’t let us take pictures, but we could walk through and ask questions. At the time, they made a lot of these Tiffany lamps. People threw them out when they got tired of them. Now, you get a Tiffany lamp and it is worth a fortune. I get these people who come in and say, ‘I’ve got $500 on me… Can I get a real Tiffany?’ Are you kidding me? They just don’t know.”

2005 Pride – Somewheare Ove the Rainbow Themes for this year: Somewhere over the rainbow NOTABLE ACCOMPLISHMENTS:  About 3000 people.  Raised $13K for HRC, FACT, 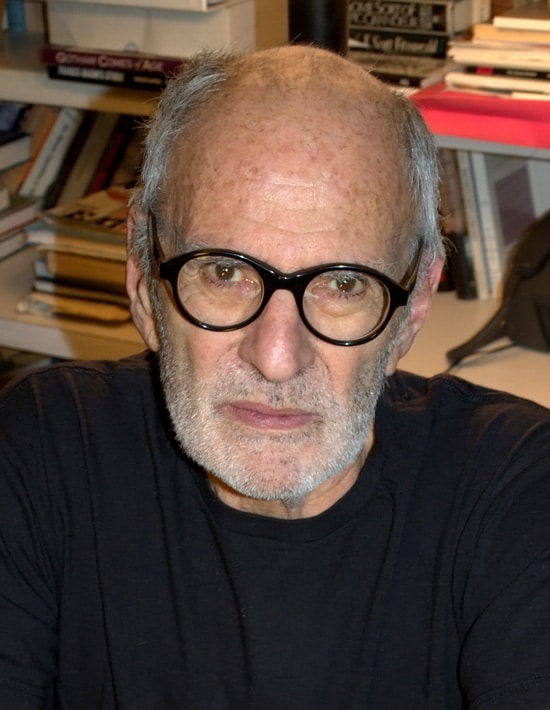 LGBT History Month Icon 1935-2020 “An award-winning playwright, commentator, and pioneering AIDS activist, Larry Kramer was our movement’s Jeremiah. Through his cautionary and angry harangues and 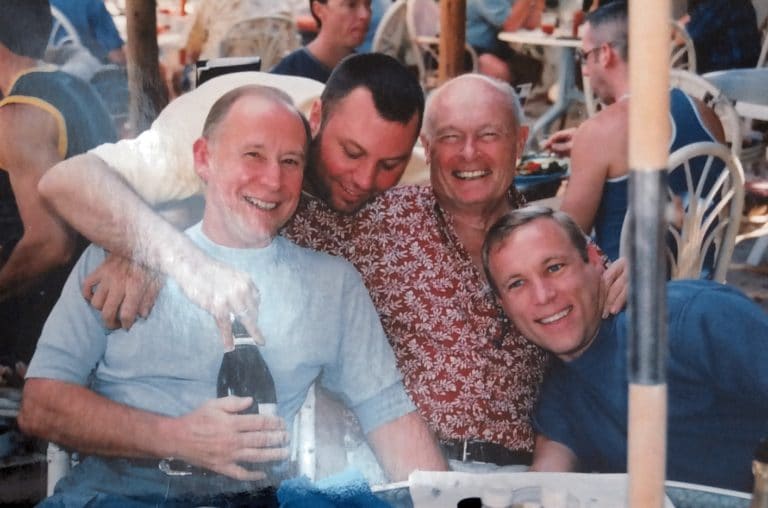 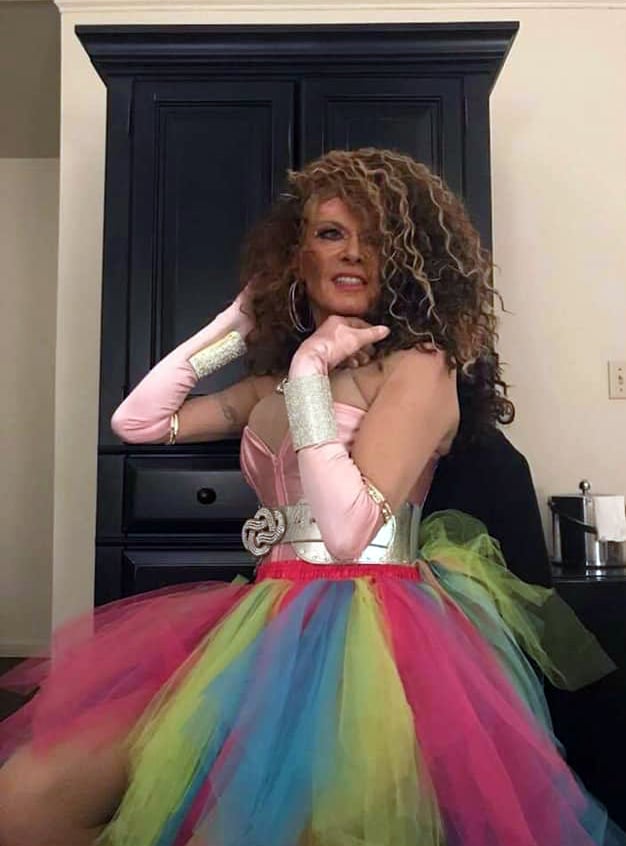