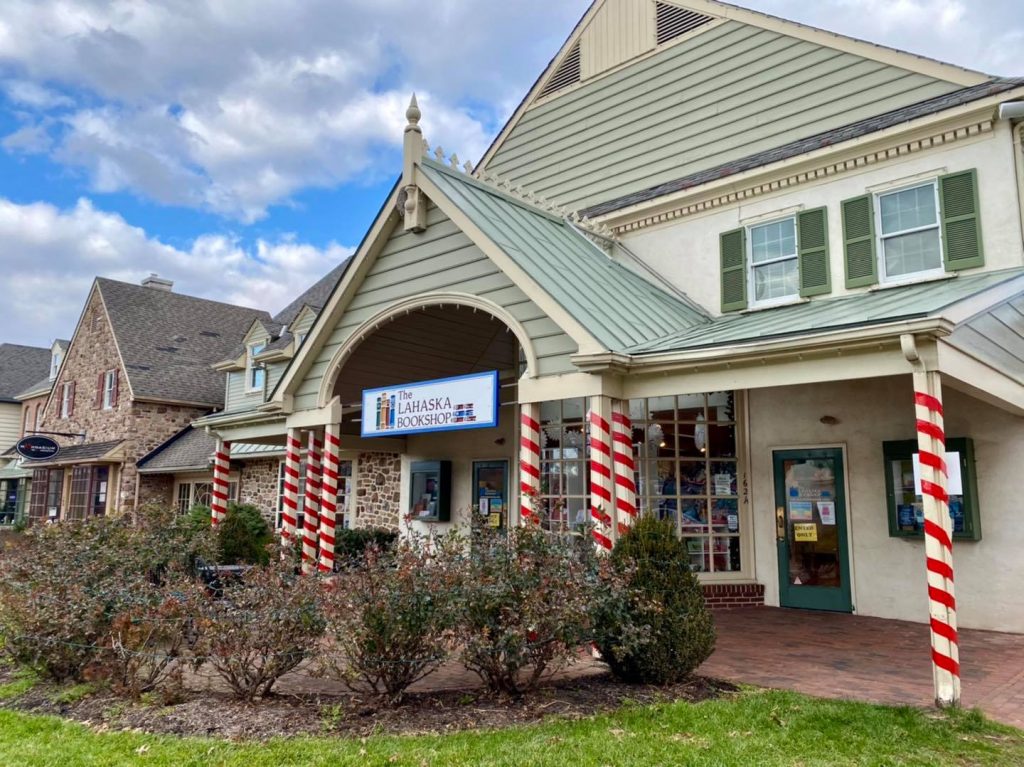 About Our Book Club...

New Hope Celebrates Book Club focuses on literature written by members of the LGBTQ+ community, whether you’re looking for a historical, topical read, or a fun read with queer characters simply living their best lives, there are some unforgettable written stories available out there. Our goal is for the community to share great books, discover authors, and engage in online talks. And when the time is right to live meet-ups! We welcome your comments and suggestions. 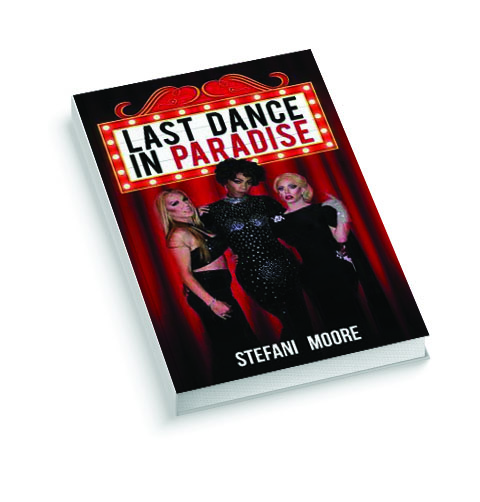 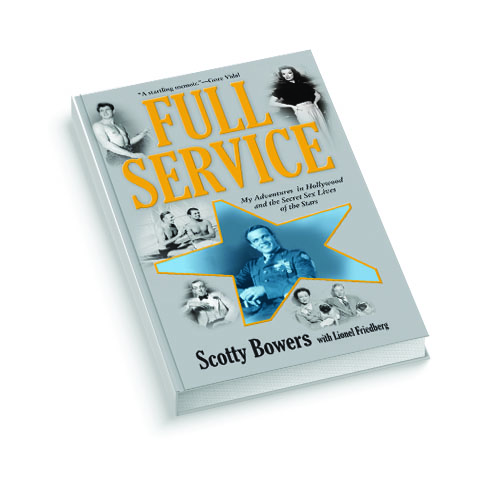 Andre Aciman: “Find Me” – sequel to “Call Me by Your Name”…the characters from the prior novel are revisited a decade plus later

Dani Alexander: “Shattered Glass” – murder mystery A male prostitute, a mangy cat, a murder and a maniacal mix-up that threatens his career, his impending marriage and life.

Ann Carson: “Autobiography of Red” -  rewrites the Greek myth of Herakles (Hercules) and the red-winged monster Geryon as a queer love story

Michael Cunningham: “A Home at the End of the World” - story of  two boyhood friends: Jonathan, lonely, introspective, and unsure of himself; and Bobby, hip, dark, and inarticulate.

E.M. Forster: “Maurice” -- this love story, written when homosexuality was illegal in England, was published posthumously

Garth Greenwell: “What Belongs to You” - an American teacher’s relationship with Mitko, a charismatic hustler that he hires from a  public restroom in Sofia, Bulgaria

Jean Genet: “Our Lady of the Flowers” -- published in 1944, it portrays sexual adventures in Paris’ criminal underground

Andrew Holleran: “Dancer from the Dance” – definitive gay novel for gay men in the late 1970’s describing the New York City and Fire Island scene through the eyes of the beautiful Malone and the socialite, drag queen Sutherland

Alan Hollinghurst: “The Line of Beauty” – explores Nick as a gay middle class man at Oxford, during the eighties and the emergence of AIDS

Alan Hollinghurst: “The Swimming Pool” – the story of friendship of two men: William Beckwith, a young gay aristocrat and Lord Nantwich, an elderly man searching for someone to write his biography and inherit his traditions.

Lance Horner, Kyle Onstott: “Child of the Sun” -telling of the depravity and intrigue of Ancient Rome, following the protagonist Varius Avitus Hassianus, destined to become Emperor of the Roman empire.

Christopher Isherwood: “A Single Man” - one day in the life of George, a middle-aged Englishman who is a professor at a Los Angeles university.

Randall Kenan: “A Visitation of Spirits” -  the history of a black family from the years of slavery to present times.

Stephen Kluger: “Almost Like Being in Love” - women, Travis and Craig, who meet and fall in love in 1978 doing their high school musical. Twenty years later, Travis searches for Craig, his one true love.

Larry Kramer: “Faggots” – 1978 novel where Fred Lemish finds it difficult to find love in NYC, due to promiscuity and too much partying. A satirical take on gay life, written by Kramer before the AIDS epidemic.

David Leavitt: “Lost Language of Cranes” - young gay man Philip Benjamin, come out to his parents and their subsequent reaction

Pedro Lemebel: “My Tender Matador” 1986 Augusto Pinochet is losing his grip on power in Chile. In one of the Santiago’s poorest neighborhoods  an aging homosexual embroiders linens for the wealthy befriends Carlos, a young, handsome man who uses his house to store mysterious boxes and hold clandestine meetings.

Thomas Mann: “Death in Venice” – a  renowned writer in his fifties becomes obsessed with a beautiful young boy

Casey McQuiston: “Red, White and Royal Blue” – President Ellen Clairmont’s son Alex has a feud, it seems, with the Prince of Wales. But then… A Harlequin romance with a gay twist.

Yukio Mishima: “Confessions of a Mask”- Japanese author tells the story of Kochan, an adolescent boy tormented by his burgeoning attraction to men: he wants to be “normal.”

James O’Neill: “At Swim, Two Boys” – Set in Ireland 1916 before the Easter uprising, it is the love story of two young men:  studious Jim Mack and rebellious Doyler Doyle.

Annie Proulx: “Brokeback Mountain” a story of cowboys in love, from the collection “Close Range,” which became the Oscar-winning film

John Rechy: “Numbers” - Young, narcissistic Johnny Rio who, after three years away from the "scene," returns to Los Angeles to test himself anew in the arena of male love.

Mary Renault: “The Charioteer” – published 1953, banned in U.S. til 1959 due to its positive gay themes. Set in 1940-1941 during the immediate post-Dunkirk period of World War II at a military hospital in England during nightly bomb raids and blackout

Damon Suede: “Hot Head” - Since 9/11, Brooklyn firefighter Griff Muir has wrestled with impossible feelings for his best friend and partner at Ladder 181, Dante AnastagioColm Toibin: “The Master” -- a fictional imagining of the life of Henry James

Madeline Urban: “Cut and Run” – Special agents Ty Grady and Zane Garrett are out to solve a series of connected NYC murders

Gore Vidal “The City and the Pillar” - Jim Willard, a handsome youth in Virginia in the late 1930s discovers his homosexuality

Ocean Vuong: “On Earth We’re Briefly Gorgeous” - shattering portrait of a family, a first love, and the redemptive power of storytelling.

Patricia Nell Warren: “The Front Runner”  -1974 novel …A love story between a running coach and his star athlete

Evelyn Waugh: “Brideshead Revisited” -story Charles Ryder, most especially his friendship with the Flytes, a family of wealthy English Catholics who live in a palatial mansion called Brideshead Castle during the 1920s to the early 1940’s

Edmund White: “The Beautiful Room is Empty” – Autobiographical novel, set in the 1950’s about a  scholarly teenager with guilty but insatiable stirrings toward other men.

Edmund White: “A Boy’s Own Story” – The first of a trilogy of semi-autobiographical novels of  a young man's experience of homosexuality in the 1950s in Cincinnati, Chicago and Michigan.

Oscar Wilde: “The Picture of Dorian Gray” – A man sells his soul so that his portrait ages but he doesn’t

Hanig Yanagihara: “A Little Life” -   Epic Story of four classmates from a small Massachusetts college move to New York to make their way, they're broke, adrift, and buoyed only by their friendship and ambition.

Alison Bechdel: “Fun Home: A Family Tragicomic”
A graphic novel memoir of her troubled gay father and her own coming out, recently adapted as a Tony award-winning Broadway show

Sybille Bedford: “A Compass Error”
A lesbian coming of age novel set before World War II who is part of the European privileged class

Chloe Caldwell: “Women”
Exploring sexual confusion, female friendship, being a woman, and being a daughter.

Carolina De Robertis:  “The Gods of Tango”
moving story of a young woman whose passion for the early sounds of tango becomes a force of profound and unexpected change.

Radclyffe Hall: “The Well of Loneliness” -- groundbreaking lesbian novel of the 1920s

Patricia Highsmith: “The Price of Salt”- Therese Belivet, a stage designer trapped in a department-store day job fnds salvation with Carol Aird, an alluring suburban housewife in the throes of a divorce.

Heather Lewis: “House Rules” - Lee joins the horse-show circuit, has a lesbian affair with a fellow rider, hooks up with a disreputable team of trainers, and confronts the disturbing realities of her world.

Carson McCullers: “The Heart is a Lonely Hunter”-  Deaf man named John Singer and the people he encounters in a 1930s mill town in the US state of Georgia.

Eileen Myles: “Chelsea Girls” - autobiographical novel using memories of Myles' 1960s Catholic upbringing with an alcoholic father, her volatile adolescence, her unabashed “lesbianity,” and her riotous pursuit of survival as a poet in 1970s New York.

Chinelo Okparanta: “Under the Udala Trees” - In 1960s Nigeria Ijeoma, a girl growing up in war-torn Nigeria must come terms to term with her sexuality and the conflict this presents in society.

Helen Oyeymi: “What is Not Yours is Not Yours” – A collection of intertwined short stories involving keys.

Alice Walker: “The Color Purple” - Celie is a poor black woman whose letters tell the story of 20 years of her life, beginning at age 14 when she is being abused and raped by her father

Sara Waters: “Tipping the Velvet” - Historical novel set in 1890’s England, a young woman named Nan falls in love with a male impersonator, follows her to London, and finds various ways to support herself as she journeys through the city.

Jeanette Winterson: “Oranges Are Not the Only Fruit” - a young woman’s sexual awakening that won the Whitbread Prize for first fiction

Jeanette Winterson: “Written on the Body” - the consuming affair between the narrator, who is given neither name nor gender, and the beloved, a complex and confused married woman.

Nancy Adair, Peter Adair and Casey Adair: “Word is Out: Stories of Some of Our Lives” – 1977 documenary of interviews with LGBTQ made into 1978 book

Joseph Beam: “In the Life: A Black Gay Anthology” - Literary Nonfiction. Fiction. Poetry. Essays. African American Studies. LGBT Studies. In IN THE LIFE, 29 black authors explore what it means to be doubly different both black and gay in modern America

Carolina De Robertis: “ Radical Hope: Letters of Love and Dissent in Dangerous Times” – a response to Trump’s election addresses and the danger of these times, from the perspective of a range of leading novelists, poets, journalists, and political thinkers.

June Jordan: “Technical Difficulties” - essays from African American bisexual woman on growing up in Brooklyn with immigrant parents searching for the American dream, the relationship between poetry and politics …and the poverty of American education.

Merle Miller: “On Being Different: What It Means to Be a Homosexual” - Published in 1971,   On Being Different is a pioneering and thought-provoking book about being homosexual in the United States. Just two years after the Stonewall riots.

Randy Shilts: “And the Band Played On: Politics, People and the AIDS Epidemic” – San Francisco Chronicle reporter writes of discovery of AIDS with a special emphasis on government indifference and political infighting.

Hubert Selby Jr.: “The Queen Is Dead” -- a story of a transvestite’s death, from his 1964 collection “Last Exit to Brooklyn”

Jeffrey Eugenides: “Middlesex” – family saga about Calliope Stephanides, who is raised as a girl but who has male biological traits.

Andrea Lawlor: “Paul Takes the Form of a Mortal Girl” – A bildungsroman about a bartender at a gay bar who has the superpower of being a shapeshifter.

Allen Ginsberg: “Howl” - the poem was subject to an obscenity trial in part because of its explicit gay themes

Sappho: “The Complete Poems” - women’s love poetry from the 7th century BC

Walt Whitman: “Leaves of Grass” – A poetry collection by the gay American poet

Jay Bell: “Something Like Summer” -  Benjamin Bentley, a 17 year-old from Houston, Texas with two love interests over the span of several years.

David Levithan: “Two Boys Kissing” – Based on true events, two 17 yr olds, Harry and Craig, try to beat the world kissing record by locking lips for 32 hours, with a backdrop of a chorus of gay men who have died from AIDS

David Levithan and John Green: “Will Grayson, Will Grayson” – The story of the same person…more or less.. but one is straight and one is gay.

Malinda Lo: “Ash” - reworking of the Cinderella fairy tale that reimagines the title character, Ash, as a lesbian teenager

Malinda Lo: “A Line in the Dark” - Jess Wong is Angie Redmond’s best friend. Jess becomes when Angie begins to fall for Margot Adams, a girl from the nearby boarding school.

Perry Moore: “Hero” -  teenage superhero, Thom Creed, who must deal with his ex-superhero father's disgrace, his own sexuality, and a murderer stalking the world's heroes. Lambda award winner

Benjamin Alire Saenz: “Aristotle and Dante Discover the Secrets of the Universe” - The book is divided into six sections. In each part we see the two main characters, Aristotle and Dante, discovering more about themselves

Adam Silvera: “They Both Die at the End”  -   two teenage boys, Mateo and Rufus, who discover that they only have one day left to live

With Open Heart and Open Arms: