PHILADELPHIA (AP) – David Ralston came out in the early 1990s the only way he knew how: He went to a gay bar.

Not just any gay bar, but one in the suburbs, far from his Northeast Philadelphia home and the eyes of anyone in his large Irish Catholic family.

“I would still feel funny going into gay bars in Philadelphia,” Ralston, now 46, recalled. “I would wonder who’s watching me going in and out? Who’s going to tell my mother?”

So, he drove to Gatsby’s in Cherry Hill, just one of a wide variety of gay bars tucked discreetly in the suburbs at the time. There was the Lark in Bridgeport, for instance, and the CR Bar was in Upper Darby. New Hope had three.

No more. Suburban gay bars have all but disappeared. New Hope supports only one gay bar now, the Raven.

The decline reflects major shifts in American attitudes – among both gay and straight people – and the emergence of online sites for dating and hooking up.

It also illuminates the obsolete business model of the traditional gay bar. Simply having a gay clientele is not enough and has not been for a long time.

“Those were our ghetto bars,” Mark Segal, publisher of the Philadelphia Gay News, said of some of the windowless places in the suburbs. “We were stuck there. Today we’re not stuck. Our dollars are welcomed everywhere.”

He added: “There was a time when a gay couple could only go to the gay bars in New Hope. Can you imagine today a couple not feeling comfortable going to almost any bar there?”

In 2007, Entrepreneur magazine listed gay bars – along with newspapers and record stores – among 10 businesses facing extinction in 10 years. “The very best of them will endure; the rest won’t,” the magazine wrote.

Brett Bumgarner, who is writing his dissertation on how gay men meet, said gay bars are perceived less as singles places now, their original purpose replaced by cellphone applications such as Grindr that signal users when another interested gay man is nearby.

“A lot of people I know have talked about feeling uncomfortable because someone 40 years their senior is aggressively flirting with them,” said Bumgarner, 28, who studies at the University of Pennsylvania. “I think that’s what has attracted people to non-gay bars now.”

Younger people in particular – both gay and straight – are more interested in mixed settings. Straight bars, for instance, are offering gay nights.

Suburban gay bars also have had to compete with Philadelphia, an increasingly safer and younger city with a thriving “Gayborhood” that allows folks to bar hop.

“It’s very difficult for the suburban bar to compete with the city,” said Malcolm Lazin, executive director of the Equality Forum. “When you go to a smaller bar (in the suburbs), it’s probably less interesting, less upscale, has fewer people and the same people.”

Bob Skiba, director of the LGBT (lesbian, gay, bisexual and transgender) archive at the William Way Center in Philadelphia, said gay bars date to the 19th century in Philadelphia. They proliferated with speakeasies in the 1920s. Their numbers rose again after World War II when an entertainment district sprouted along 13th Street and Locust.

In the 1970s, ownership of these bars shifted from underworld types, who often paid off police, to gay proprietors. More suburban bars opened up around this time, Skiba said. They included Andy’s in Chester and the Lamplighter in Camden. January’s was on a farm near New Hope. Marcus Hook had three bars: Captain Jack’s, Paradise, and George’s.

The 1996 edition of Gayellow Pages advertised the Lark in Bridgeport and the CR Bar in Upper Darby. New Hope still had the Cartwheel, Prelude, and the Raven. Gatsby’s was still around. Trenton had Buddies, Casa Lito, and Club 21.

Ralston, who came to Gatsbys in the early 1990s, said he knew no one when he walked in.

“Everybody was very interesting looking,” he said. “There were drag queens. A lot of weird people. A lot of nice-looking people. It was fun.”

He added: “For me, the gay bar was the support system, which is sad to say. But it was.”

Some of the bars provided “a sense of family that comforted whatever stage of gay life you were going through,” said John Glenstrup, a former bartender at Upper Darby’s CR Bar, a windowless place on Market Street.

A lot of his regulars did not feel safe in Philadelphia in the 1980s. But many people have grown older or moved back to the city, he said.

The suburban bars started to die out in the 1990s. Most were gone, except for the Raven, by the mid 2000s, although not necessarily for business reasons. The Cartwheel in New Hope caught fire. The Lark, on Dekalb Street in Bridgeport, fell victim to a bridge expansion. But these businesses were not replaced.

Philadelphia’s gay bars, on the other hand, have maintained a steady presence since the 1990s. Gentrification had swept away places on either end of South Street and north of Market, where black gay bars once existed, said Skiba, the archivist. But the Gayborhood, along 13th Street, has thrived because of the community’s strong political and business associations, Skiba said.

Terrence Meck, who owned the Raven in the mid-2000s with his late partner, Rand Harlan Skolnick, said a strong market still exists for gay bars. But owners cannot assume they have a built-in clientele.

“Our most successful weeks at the Raven were when we offered something different for various crowds each night of the week,” Meck said. “Just having a hot bartender isn’t going to pay your bills and keep you thriving anymore.”

The Beagle Tavern opened in Norristown in 2010. It’s a neighborhood-type pub that sells crab cakes and Caprese salad. The front patio looks out onto East Main Street. The door displays a rainbow sticker the size of a playing card.

“It’s a gay bar,” said the owner, Billy Frank. “But I wanted to make it an alternative bar for all walks of life, like for the misfit toys of Christmas. It’s for whoever walks in.”

The Beagle has drag nights. And it’s where Tamara Davis and Nicola Cucinotta came to celebrate last week after getting their marriage licenses from Montgomery County’s register of wills. But the bar has a mixed staff and clientele.

“I don’t have to go to a gay bar,” Dorsey said. “I can be affectionate with a woman on a SEPTA bus. I just want to go somewhere I want to be.”

___ Information from: The Philadelphia Inquirer, http://www.philly.com

Caption 1: ADVANCE FOR WEEKEND EDITIONS AUG. 3-4 – In this July 25, 2013 photo, bartender Samantha Moyer, greets friend and customer, Allyson Farmer, right, and Jerome L. Waddle, left on the outdoor deck area at the Beagle Tavern in Norristown, Pa. Suburban gay bars have all but disappeared. The decline reflects major shifts in American attitudes – among both gay and straight people – and the emergence of online sites for dating and hooking up. (AP Photo/The Philadelphia Inquirer, Charles Fox) MAGS OUT; NEWARK OUT

Caption 2: ADVANCE FOR WEEKEND EDITIONS AUG. 3-4 – In this July 25, 2013 photo, Liz Moore bar manager at the Beagle Tavern in Norristown, Pa. serves drinks. Suburban gay bars have all but disappeared. The decline reflects major shifts in American attitudes – among both gay and straight people – and the emergence of online sites for dating and hooking up. (AP Photo/The Philadelphia Inquirer, Charles Fox) MAGS OUT; NEWARK OUT 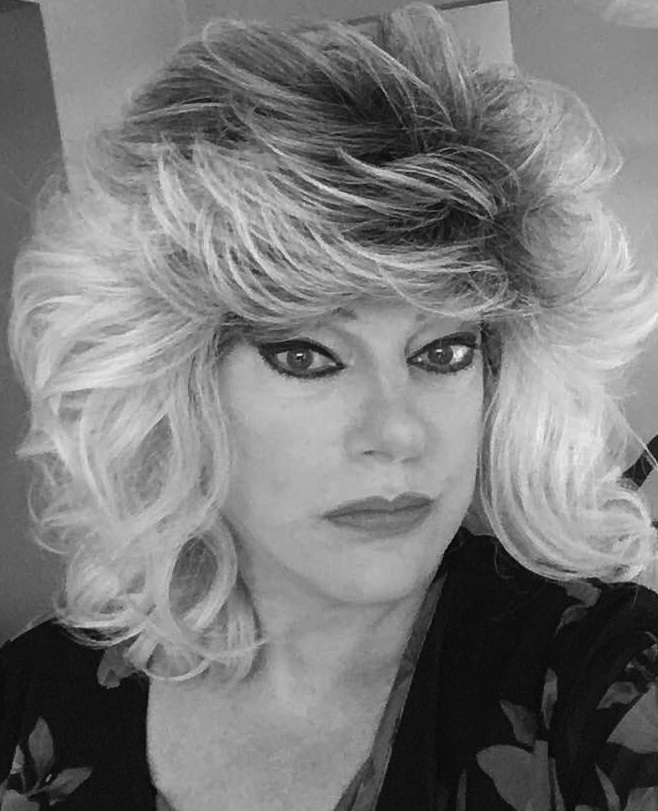 Mary Margaret Mary Margaret is a Jersey girl, growing up in White Horse, New Jersey. She said she was, “comfortable in a gay and lesbian 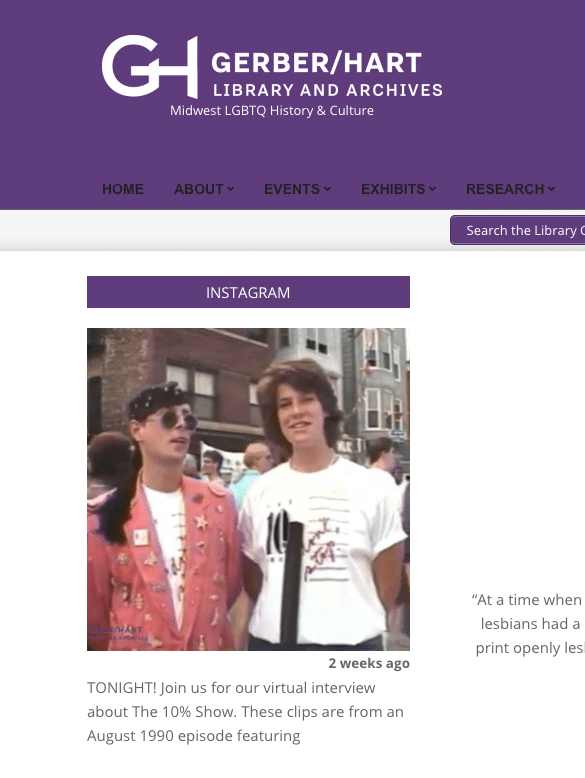 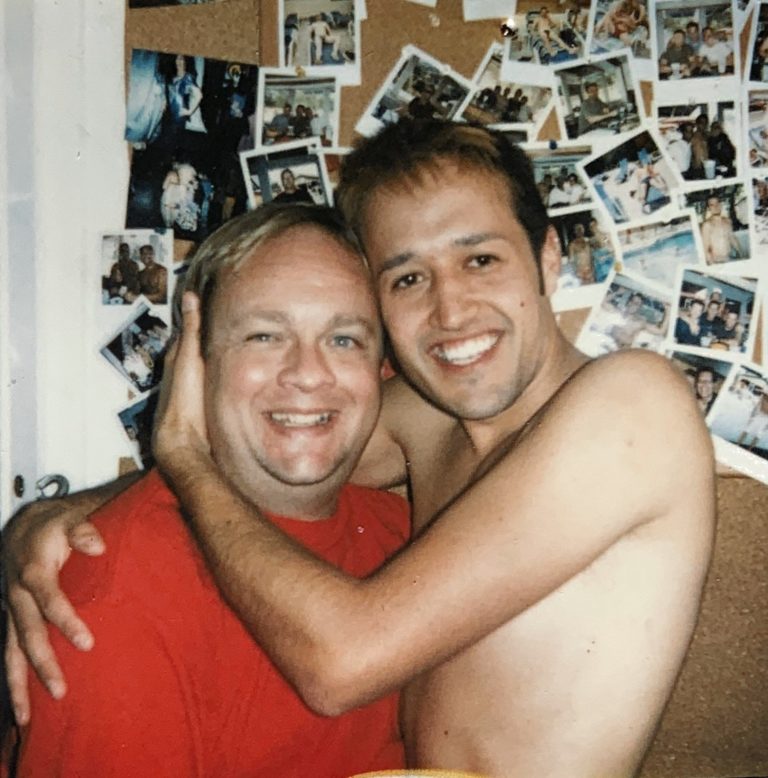 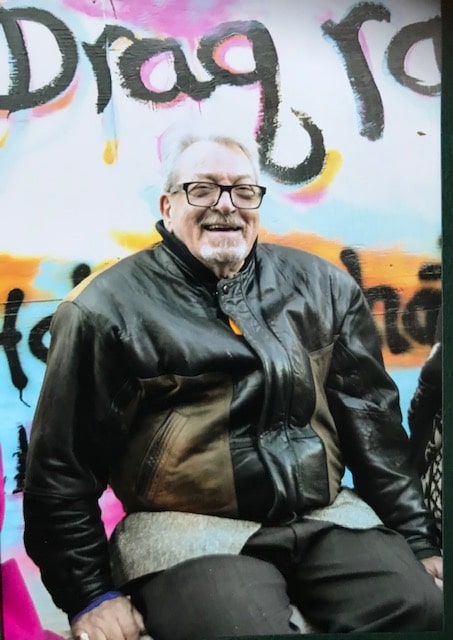 Check back soon for biography.

Two noteworthy souls that brought elegance, intelligence and entertainment, with and a dash of discreet debauchery, to New Hope, were Joseph Anthony Meo and Joseph