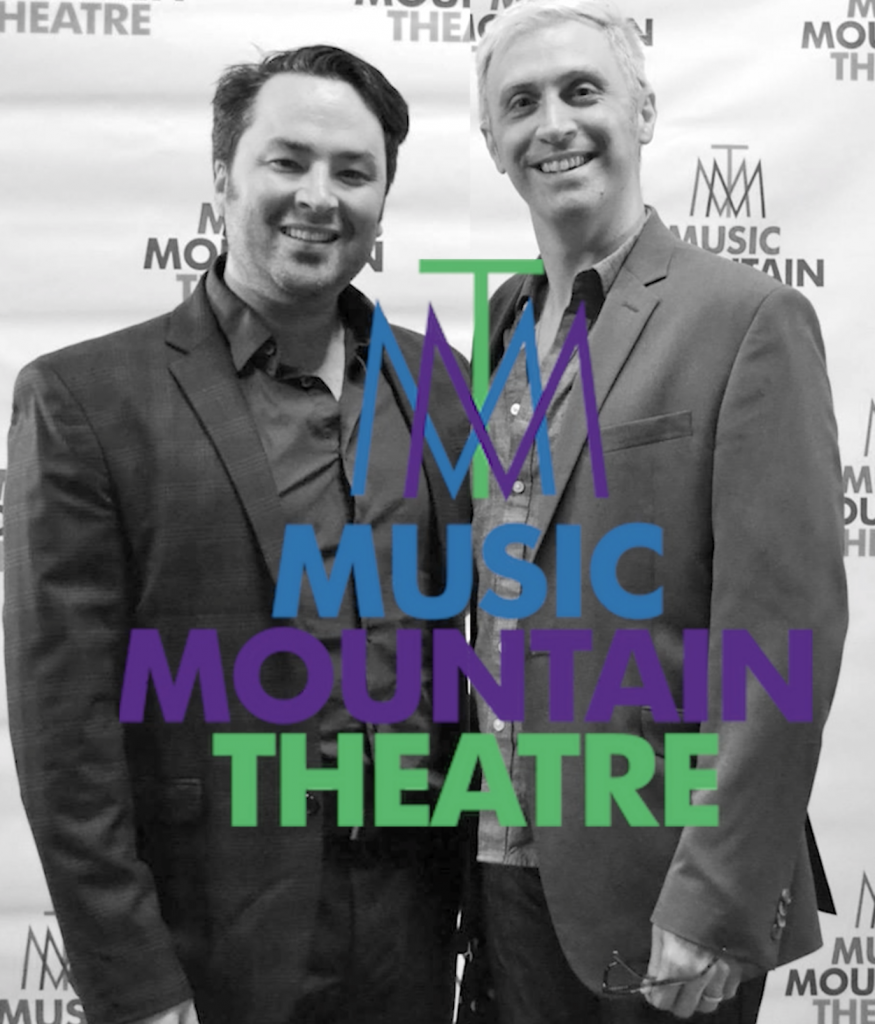 Premieres October 20th on YouTube@NewHopeCelebratesHistory. Music Mountain Theater means a lot to many people. It opened in October 2017 and celebrates St.John (Sinjun) Terrell’s Music Circus (1949-1970), which was approximately at the same location as this new theater on Woodward Mountain in Lambertville. Terrell always called the place Music Mountain. Louis Palena and Jordan Brennan opened the new theater with Ginny Brennan (Jordan’s mother) and have provided the area with top-notch theater entertainment all year long. It is a community theater with professional quality. Palena and Brennan are married. This video talks of history, a gay love story, theater and how the arts are home to many LGBTQ+ people, where other places are not. New Hope/Lambertville is a special place where the arts flourish and LGBTQ+ find home.

In keeping with its mission to honor the people, places, and moments that made New Hope one of the most vibrant LGBTQ communities in America, New Hope Celebrates History announces a campaign to raise $10,000 to complete the funding for a new documentary film with the working title “Nowhere but HERE.”

“Nowhere but HERE” chronicles the lives, loves, parties, artists, authors, entrepreneurs, entertainers, and community activists who made New Hope their home,” said Daniel Brooks, director of New Hope Celebrates History and founder of New Hope Celebrates. “It’s also important that we preserve and celebrate how the New Hope community embraced lesbian, gay, bisexual, transgender and queer individuals. It happened nowhere but here, which is why this film has to be made.”

According to Brooks, much of the film production to date has been funded through donations, but the producers are $10,000 shy of their pre-production goal. “We hope to get at least seven donations of $1,000 or more. Those donors will be called The Magnificent Seven and be credited as producers,” Brooks said.

For further information or if you can be part of The Magnificent Seven contact Brooks at 215-431-6674 or email danbrooks@newhopecelebrates.com 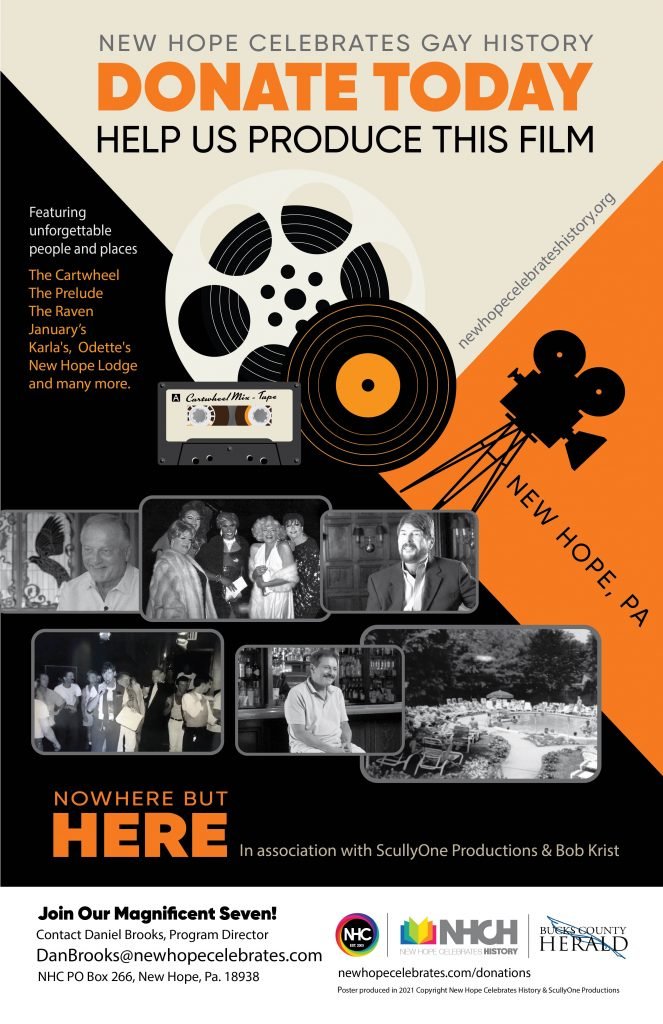 A Message from our Director – Dan Brooks

“Especially in uncertain times, the preservation of our history is of essential importance. Thanks to the hard-working team at New Hope Celebrates History, we continue our amazing New Hope-Lambertville digital archive vessel for enshrinement and enlightenment of our LGBTQ+ community.
Daniel Brooks,  NHC History Program Director
danbrooks@newhopecelebrates.com 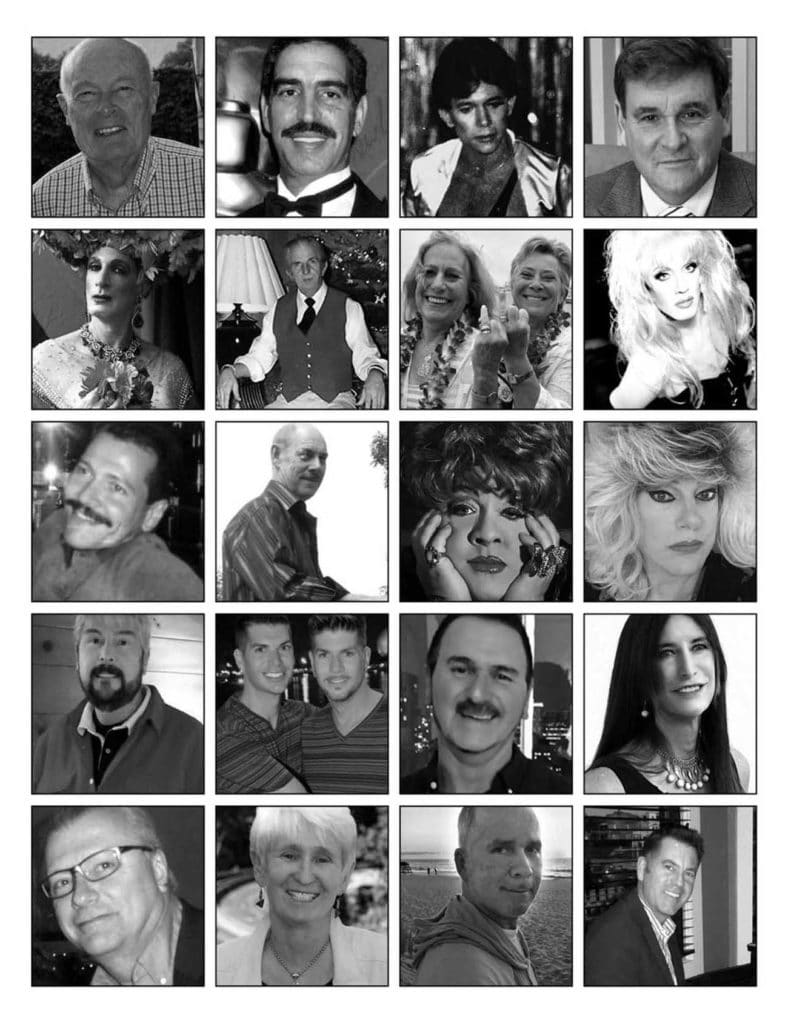 Our Biography Collection highlights individuals, both living and those that have passed. We celebrate all the fantastic people who have shaped the unique communities of New Hope, Bucks County PA, and Lambertville NJ.

These personal stories of friends, family, and events will be forever remembered, and hold a special place in the LGBTQ+ history collective. Please complete the Biography pre-interview form and we will get back to you to schedule an interview.

What does this History Archive contain?

Help Us Keep Our History Alive